Skip to main content
Photo by Jon Carlson on Unsplash 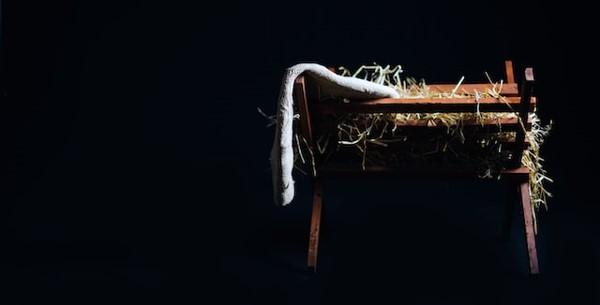 ‘At Christmas, we give one another such presents as we can – not so much, this year, that is exterior, maybe, but, let us hope, no less love.’ A Midnight Mass homily preached by Fr Cyril Martindale SJ in 1945 speaks powerfully to us today as we celebrate Christmas in a world still afflicted by war, poverty and hatred. We pray for Christ to be re-born in us so that the world may have a happy, enduring Christmas.

There may possibly be those who would like to celebrate the mystery of this midnight in darkness, solitude and silence. They may feel that, as St John wrote in his Apocalypse, there should be silence in heaven itself for this space of half an hour. They might ask to have ‘no other lamp or guide – save that which in their heart is shining’, to quote that other St John, the Carmelite. They might wish to isolate themselves in soul within the Cave of the Nativity.

But I doubt whether this was ever the spirit of the Church at Christmastide: Christmas is the Feast of Home, of children and of friends; and in old days the night itself was musical with chiming bells and carols sung as families trudged over the fields as well as through city-streets to Mass. And the Gospel itself reminds one of the brilliant light that shone round the shepherds and of the tremendous canticle of the Angels.

All the same, we have not merely to romanticise Christmas. We celebrate this Midnight by Mass and, please God, by Holy Communion. At Christmas, we give one another such presents as we can – not so much, this year, that is exterior, maybe, but, let us hope, no less love. And our Lord begins his visible life on earth by His self-offering, therefore, with which we must enter into communion. Today will be a good Christmas Day exactly in proportion as we try to be of unselfish service, and as we do not vulgarise it by forgetting all about the origin of our feast as its hours go by.

Nor will you rebuke me, or feel that I am saddening your festival, if I entrust to your prayers and, so far as possible, your direct service, those very many for whom this Christmas cannot be so very glad, and indeed, those multitudes who now have no home; those parents who do not know where their children are, or have lost them during the war; those children who have no idea who are their father and mother; those who are suffering in prison or hospital or actually in distant areas of fighting; and again, the souls of those myriads who have been hurled into the next world full, we cannot but fear, at times, with bitterness, hatred or despair. Do not be angry if I ask you to think of these; such souls are thronging round this church and this altar, waiting, after their fashion, for the powerful present of our prayers: do not disappoint them.

It remains clear that I am not at all asking you to cease to use your imagination upon the Birth of Our Lord … let us by all means haunt in our imagination the town as it may well have been when our Lord was born there. After all, we are men and women, creatures very largely of imagination; and our Lord is no abstract proposition, but a true man, with bones and blood, and feeling, and power of thought and choice just as we are, and He wants us to realise how He was born of a human Mother, as we are; He wants us to love her, and to sympathise too with St Joseph, who had had so dreadfully anxious a time and even now was distressed that Mary should have nothing but a manger in which to place her little child. But the peace and happiness and love that shone in the holy Infant’s eyes could be reflected in St Joseph’s, and must be so also in our own.

For after all, we must not so adhere to those sweet memories as to fail to carry them forward into the present. Christ must be re-born in us and in our world, and that is no empty phrase. What of that old time has survived? It is not in honour of that Roman Emperor’s birthday that we are assembled here. How many of us so much as know the name of his mother? Even if we recall a few poets who were then writing; of a few generals, a few financiers – to which of them do we now speak? Which of them do we imagine cares now for us? Who could have dreamed that a carpenter-smith from a tiny hill-side town in a despised district lost on the fringe of that Empire, a man who never did anything save protect for a while a young Jewish girl and her baby, should be venerated all round the world? That all round the world the name of Mary would be spoken now at every moment and that we should implore her to pray for us in this our ‘now’ and at the hour when it shall be our turn to die? That all round the world, and at every moment of every hour, and actually now in this church, an action would be carried through for no other reason than because that child, grown to manhood, come to the very eve of an ignominious execution, enjoined. ‘Do this!’ ‘Do this for a commemoration of Me!’ There is nothing in all history to compare with that miracle of the world-wide, world-enduring Mass.

But Communion is of the essence of that Mass. In this our disintegrated world it is the sole but absolute integration. We men are organically bound together amongst ourselves, and with God, through Jesus Christ, who has made us ‘partakers in His divinity who in our humanity did not disdain to share’. Thus Bethlehem, like all that has to do with Christ, becomes recurrent, nay, permanent. For the very well-springs of our lives have to be Christianised through that same Holy Spirit indwelling in us who over-shadowed Mary. Ask for that – that ‘this mind be in us that was also in Christ Jesus’: that He will ‘make our hearts like unto His heart’: that indeed we may live, no longer merely we, but that Christ may live within us.

If you can go back to your homes with Christ thus re-born and growing strong in your own lives, you will infallibly give Him forth to a world where Governments and the princes of the earth refuse, or dare not, mention so much as His Name. Thus, and thus only, will the world begin once more to have a happy Christmas, a Christmas not confined to a single day, but an enduring one, increasing till we all of us shall have attained to the full stature of the maturity of Christ.

Fr Cyril Martindale SJ (1879-1963) was a priest of the British Province of the Society of Jesus. This text is taken from his homily delivered at Farm Street Church during Midnight Mass, Christmas 1945. Thank you to the British Jesuit Archives for their assistance in the publication of this article!

The Christmas story according to Matthew