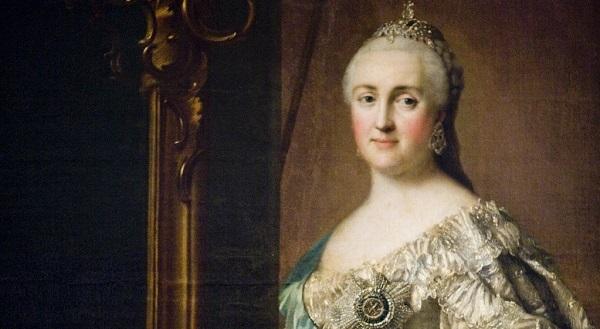 The papal brief Dominus ac Redemptor detailed Pope Clement XIV’s instructions for the suppression of the Jesuits in 1773, but its execution was not consistent across kingdoms or dioceses.  Thomas McCoog SJ continues his background to the restoration of the Society by exploring how a network of now-former Jesuits survived after the Society’s suppression and were given new hope with the election of Pope Pius VI.

Part One: The Jesuits in Europe before 1769

Pope Clement XIV’s brief Dominus ac Redemptor required that all ordained former Jesuits, unless they intended to enter another religious order, had to place themselves ‘under complete and total obedience and subjection to the ordinaries of those dioceses in which they fix their domicile.’ Educators could remain in the colleges, but no former Jesuit could be involved in the administration and governance of the institution. At said institutions the former Jesuits could live together as secular priests but without the Jesuit soutane. Forbidding the acquisition of new houses or the recruitment of new members to replace the dead, Dominus ac Redemptor foresaw the gradual dying of the light. But the goal was clear: ‘The name of the Society of Jesus is to be completely removed and suppressed’ in these colleges. Clement exhorted secular rulers to implement the brief.

More research is required into the execution of the brief, but the current state of enquiry makes clear that not only was it not enforced in specific kingdoms but also that its implementation was interpreted differently in specific dioceses. Former Jesuits in Great Britain and the English colonies in North America submitted to the appropriate vicar apostolic and remained in their posts. Richard Challoner, as vicar apostolic of London, exercised jurisdiction over the colonies. Challoner and the other vicars nominated a former Jesuit to serve as a liaison between him and them. Presumably this was only a temporary measure and not intended to establish former Jesuits as a distinct entity or congregation, although some former Jesuits did in fact consider pursuing that option. In Liège, the Prince-Bishop Francis Charles van Welbruck combined the former theologate of the English Province with the college that had migrated from St. Omers to Bruges a decade earlier, to form the English Academy. The rector John Howard (vere Holme) became the president; the former Jesuits remained on staff if they so wished. The prince-bishop of Liège insisted only that the priests abandon Jesuit customs and soutane (this, I think, is the origin of the distinctive English Jesuit gown), and their vow of obedience: the prince-bishop was now their superior. Pope Pius VI would later establish the college as a pontifical seminary in the brief Catholici praesules in 1776. The prince-bishop would ordain suitable candidates for the priesthood, thus guaranteeing successors for the former Jesuits serving in England.

Within six months of the ‘destructive brief,’ news percolated throughout a well-established network of former-Jesuit correspondents that the Society of Jesus had in fact survived in name and in deed. King Frederick II of Prussia and Tsarina Catherine II of Russia, apprehensive that the Society’s suppression would antagonise their new Polish subjects through the disruption or destruction of the Jesuit colleges, refused to promulgate and enforce the brief. News of Prussia’s recalcitrance reached Rome first. There were stories of the opening of a novitiate, of the king’s use of Jesuits in public functions, and of Frederick’s soliciting the Sorbonne’s opinion on the legitimacy of the Society’s survival to quell the scruples of some Jesuits who believed their continuation depended solely on a technicality. The Society survived in Prussia until 3 January 1776. But even after that date reports continued to reach Rome about the Prussian king’s fondness for the Society. Other accounts detailed Empress Catherine’s prohibition against any mention or discussion of Dominus ac Redemptor.

With the death of Clement XIV and the election of Pope Pius VI in February of 1775, former Jesuits were encouraged to ‘sperare molto, moltissimo’ – to hope much, very much but discreetly. The pope had to proceed cautiously lest he antagonise the Bourbons. Whisperers did not remain in the loggia as the former Jesuits studied and examined each word, each act for acknowledgement of the Society’s return to grace. However, each concession stoked the wrath of the Society’s still-potent enemies. In late September of 1775, the assistants for Spain and Portugal were released from Castel S. Angelo despite fears of Charles III, King of Spain. Many indeed predicted in whispers that Father General Ricci would be released by November. But Ricci died (November 24, 1775) before that happened. Within England, representative former Jesuits met at the Turk’s Head Tavern, Gerrard Street, Soho, in April of 1776 to discuss the academy in Liège, greater financial cooperation between the missionary districts, and the introduction of new priests into the districts. The former Jesuits, anticipating the Society’s restoration, planned for the future.