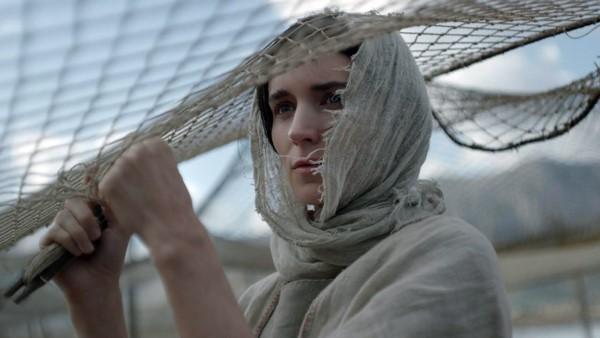 I had my suspicions that Mary Magdalene would be a flimsy Hollywood portrayal of a scandalous woman who meets her Prince Jesus, likely released so as to cash in on the Easter weekend crowds. ‘How much of it would be based on scripture?’, I thought. In fact, why bother going? But, as a self-proclaimed Jesus-movie junkie, I still had to see it … and I was actually impressed!

After resisting the impression that ‘my Jesus’ doesn’t look like that, getting past the nagging feeling that certain events may not have happened as they play out in this film, and letting go of how some important gospel scenes were totally skipped over, what emerged for me is what I believe director Garth Davis wanted to be central: the vocation story and mission of Mary Magdalene. It is a story of genuine discernment, that shows the joys and the difficulties, especially for a woman, of leaving everything to follow Christ, and a story of what it takes to persevere in this following, with Christ, to the end.

The film makes no reference to Mary of Magdala as a prostitute or as being sexually scandalous in any way. This, in itself, may cause some confusion to viewers who were expecting this; but Mary Magdalene is described nowhere in any of the four gospels as a prostitute. For example, Luke tells us, ‘Accompanying [Jesus] were the Twelve and some women who had been cured of evil spirits and infirmities, Mary, called Magdalene, from whom seven demons had gone out, Joanna, the wife of Herod's steward Chuza, Susanna, and many others who provided for them out of their resources’ (Luke 8:1-3). What we do know is that Mary Magdalene was a faithful disciple who was in the front row to witness key events in Jesus’s life including his crucifixion and burial, as well as being one of the first to whom the Risen Christ appeared.[i] Indeed, over the centuries her identity has often been confused with that of the unnamed sinful woman from Luke 7, and at other times conflated with Mary from Bethany who anointed Jesus’s feet.[ii] This film aims to set the story straight.

What resonated with me most were the deep spiritual desires and discernment of Mary Magdalene, played beautifully by Rooney Mara. She is a strong, compassionate and observant young Jewish woman who sincerely feels God’s spirit working within her, inviting her to something infinitely more fulfilling than submission to her family’s enforced arranged marriage. The film does not gloss over the harsh cost of discipleship for Mary. In a culture driven by honour and shame, defying her family’s wishes in order to follow a charismatic new preacher named Jesus means that she will be disowned.

But Mary does choose to follow Jesus. Despite the rivalries that erupt among the disciples (arising from issues of gender, equality, emotional intimacy with Jesus and even leadership), Jesus very much values Mary’s feminine instincts and insights especially when it comes to bringing His message of God’s Kingdom and forgiveness to marginalised women.

Was there anything surprising? I found Joaquin Phoenix’s Jesus to be far more intense and emotional, and more of a hands-on and tactile healer than I had ever imagined. He seems at times to be momentarily absent, caught up in a mystical rapture. I was also struck by the emphasis on baptism and seeing Jesus and His disciples baptising so many others before the events of the Paschal Mystery. Peter’s interactions with Mary Magdalene are at times welcoming, yet at other times jealous and accusatory, suggesting that she has ‘weakened Jesus’ and that her discipleship will be a cause for judgment and division within the community. Lastly, the Virgin Mary is older and speaks more sharply than in other portrayals, but I found her connection with Mary Magdalene, stemming from the deep love both women had for Jesus, quite moving.

Would I recommend it? Yes. I, too, am a young woman who has recently left my home, my family and my career in Toronto, Canada to follow Christ in the way in which I feel He is calling me. In this sense, Mary Magdalene’s story is also my story. Christ is the centre of her life, and He is at the centre of mine too. I can relate to her powerful encounter with Christ and with how her deep devotion to follow Him and to serve Him brings great fulfillment. For this witness alone, it was worth the watch. Mary Magdalene is the Apostle of the Apostles. In 2016, this title was at last reflected in the elevation of her liturgical celebration in the Roman calendar to a feast, on par with the apostles. May her story continue to be an inspiration to all of us to announce the Good News of the Risen Christ with the gift of our whole lives.

Dorothy Day and the body of Christ
The Jesuit way toward holiness
Advent Week 1
Liturgy and longing
Advent: Good News for the Poor?