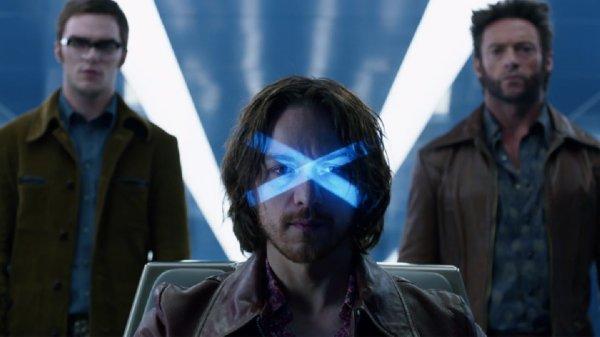 All people, whether they be homo sapiens or homo superiors, have a decision to make at some point. Do you go with the guy who tells you that your gifts are for the service of all humankind, or do you follow the Übermensch leader who tells you to use your power to dominate the world? This scenario, which should resonate with those familiar with Ignatian spirituality, is at the heart of nearly all of the films in the X-Men franchise, including the latest release, Days of Future Past.

The convoluted title reveals that we are in for some time-travel, although the plot is – thankfully – less complicated than the time-travel storyline from the comic book. The film begins in the not-too-distant future and a heavy-handed voiceover introduces us to a desolate world in which robot sentinels have conquered mutant- and humankind. A small group of X-Men have survived and plan to change the past – and, therefore, the present – by projecting Wolverine’s (Hugh Jackman) consciousness back to the 1970s in order to convince shape-shifter Mystique (Jennifer Lawrence) not to perform the assassination that would lead to the present dystopia.

Days of Future Past sees a return to the director’s seat for Bryan Singer. He is the father of this film franchise, having directed the first two highly successful episodes and written the most recent, X-Men: First Class, which was a favourite with fans. This film continues in the same vein; it plays a little fast and loose with the personalities and back stories of the characters, which many fans will find disrespectful. Having said that, Singer does make imaginative use of the superpowers of his heroes. His best scenes often show the mutants’ audacious use of their abilities. In this film, the oft-neglected Quicksilver has the most joyous of action sequences, which reminded me of the Nightcrawler opener from X2.

There will be other disappointments for fans. The comic storyline entitled Days of Future Past centres around the Summers family, who do not feature in the film. We also find all the problems of a time-travel film; it cannot get its head around the complications of time-travel and the butterfly’s wing shifts that any change of the timeline would instigate. Having said that, the time-travel problems are not as ridiculous as I found those in Looper to be, yet that film received an Academy Award nomination for Original Screenplay.

Despite these flaws, this X-Men instalment is set to be one of the most successful because it cleverly brings together all of the star power from the previous films. Sirs Patrick Stewart and Ian McKellen play the older Xavier and Magneto in harried circumstances, but it is the younger actors in the same roles, James McAvoy and Michael Fassbender, who have the meatier scenes. Even for Jennifer Lawrence, who has played some of the greatest female roles in recent years, the duplicitous Mystique must be a pure joy to play. She definitely looks like she is having fun, despite the fact that half of the time that Mystique is on screen she is played by other actors. Best of all, and no doubt riding the wave of Game of Thrones’ popularity, Peter Dinklage gives an un-hammy performance as Dr. Bolivar Trask, a fear-mongering, politically-motivated inventor who designs the sentinels.

Trask is perhaps the character most possessed with the spirit of the modern zeitgeist, spouting arguments that sound familiar to us from recent election campaigns.  In fact, if ever there was a time when the X-Men stories were most applicable it would be today, when many politicians are stoking the fires of fear of those not understood. The X-Men’s message is largely a political one, and the standard we are called to choose is not a religious one, but a humanist one. Erasmian humanism, as opposed to its uglier modern version, suffuses the films with their call for tolerance and the emphasis on free will and responsibility. To describe the way in which themes of discernment weave their way through the film would involve too many spoilers, but I ask those who would watch the film to do so through a vocational lens. The film explicitly asks a new generation, ‘Where do you stand?’

Singer gets the fun of the comic books, but ultimately his films work because he deftly investigates the central themes of the X-Men franchise. Despite its comic book origins, there are few bad guys here; the presentation of the two standards is more nuanced. Magneto and Mystique both find themselves switching sides at various points, and even Xavier himself has to wake up from his own disillusionment. The ultimate good that is chosen by the X-Men is very satisfying, ethically educational for the adolescent audience, and indeed most Ignatian.