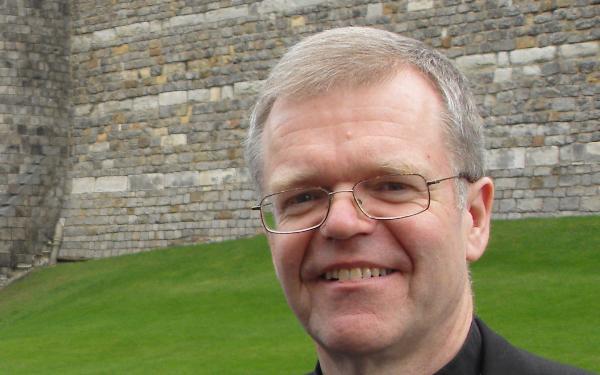 Fr Michael Holman SJ, Provincial of the British Jesuits, welcomes the vision for the happiness of young people that the Pope expressed at the ‘Big Assembly’ on the second day of his visit to the UK. As he addressed schoolchildren from all over the country, Pope Benedict encouraged them to grow in holiness, and asked those who teach them to let this aim shape their approach to education.

It is often said, with much justification, that education in Britain has in recent years become narrowly focused on forming young people who will meet the needs of the economy of the future. This has led to an emphasis on the so-called ‘useful subjects’ reinforced by numerous targets and objectives in terms of which a school’s effectiveness is measured and judged.

What the Pope had to say at the ‘Big Assembly’ to an audience of 4000 Catholic pupils and those who teach them at St Mary’s University College, Strawberry Hill, on Friday morning, painted a picture in the most attractive terms of what schools are truly about. Though his words were intended first of all for those involved in Catholic education, they are relevant to a crucial debate taking place in education far more widely in this country.

In inviting these students to grow in holiness, to become the saints of the 21st century, the Holy Father was inviting them and those who teach them to place centre stage the kind of people they are becoming.

One of the great tragedies of our modern world, he said, is that many people never find the happiness for which they long. Education is not only about growing in proficiency in science or the technical subjects. They are important but, as he explained, they cannot be the whole story because they cannot alone satisfy our longing for happiness, for the fulfilment for which we are made. Education is about more: it is about what is most deeply human, about the values in terms of which we live and the virtues we seek to cultivate. Education is about growth in holiness, in true happiness and fulfilment.

At the heart of this process of growth is a relationship with the God who loves us ‘more than we can ever begin to imagine’ and it is in relationship with this loving God that we understand what it is that makes us truly happy. As the Holy Father explained in the most compelling terms, ‘Once you enter into friendship with God everything in your life begins to change’. You want to become more and more like him, to grow in compassion, to come to the aid of the poor and the hungry, to comfort the sorrowful, to be kind and generous. At the same time, in the light of this relationship, you crucially also come to understand what is wrong, in yourself and in the world around you. Growth requires that too.

All of which presents a challenge to the many Catholic educators who were at St Mary’s yesterday morning and for those many more who were watching the ‘Big Assembly’ with their students in school on television or over the internet.

At the centre of what we are called to do in schools is the formation of the child and the kind of person he or she is becoming. A good Catholic school, as the Pope said, ‘should help all its students become saints’. Catholic education has our God of love at the centre of all it does and the key challenge for us is to introduce young people to this God, not only teaching young people about him but more importantly introducing young people into a living relationship with him. If we are to do that well, we need to grow in that kind of relationship ourselves so that we can then model it for those whom we teach. For many of us, it is being such a model of faith that makes the Christian teacher’s life a ministry and a vocation.

This task of human formation is no bolt-on to all that government requires us to do in schools. The Holy Father’s understanding is that it shapes all we do, the subjects we teach and no doubt the activities we lead, the planning we undertake and the priorities we set. The challenge here is a very real one. It is, for example, as he said, to integrate the religious and ethical dimension into our teaching of science, and the contribution which science can make into our understanding of the world.

Those of us in Catholic education will recognise in what the Pope said a deeply human and profoundly attractive vision of education reinforcing what we have long been seeking to maintain and develop in the midst of so much else that is required of us, namely, the centrality in the work of our schools of human happiness and fulfilment.

His words will be welcomed by many educationalists and those who work with young people and their families far beyond the Catholic Church.

Too many reports of research into childhood in Britain have highlighted the crisis that there appears to be in our children’s well-being. That has led many to question the wisdom of the functional approach to education which has dominated public policy for too long, an approach which has stressed what young people can achieve, quite narrowly understood, often at the expense of the kinds of people they are becoming. Not only has religion been marginalised in public discourse but there is no widely shared view about what makes for the good upbringing of our children and what we need to do to secure it. This leaves many families without a compass and some in schools which do not share a religious ethos in doubt about what they can and cannot promote and uphold.

In the wider world of education in this country, those who have hoped to place what makes for human happiness centre stage and to recapture in the process a sense of the significance of values and virtues in education, will find encouragement in Pope Benedict’s words. If what he said leads to a healthy national debate as to precisely what all this means in our richly diverse and multi-cultural society, so much the better.

About these issues people of faith are experts. Such a debate would be a fine example of a central theme of the Pope’s addresses these past few days, namely, that the Christian faith tradition of our country has an indispensible contribution to make to public discourse about the issues which matter most to us all. What could matter more than what makes for the happiness and fulfilment of the children who are the future of our society?

Michael Holman SJ is the Provincial of the British Jesuits.