Skip to main content
Photo by CyberAndy at flickr.com 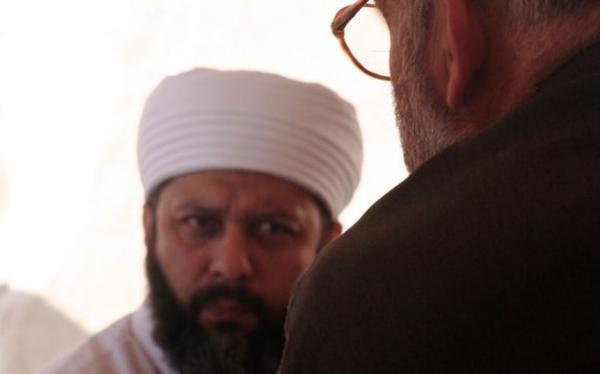 The Papal visit provided an opportunity for representatives of different faiths to gather together and share their experiences of engaging with civil society. Christine Allen of Progressio spoke to members of many faith traditions and found much to celebrate in their common achievements and struggles, a celebration that was affirmed by Pope Benedict’s words to the group.

Much of the Pope’s visit was public and received a great deal of media attention. On Friday 17 September, in addition to the speech to civil society in Westminster Hall, the ecumenical gatherings at Lambeth Palace and Westminster Abbey, and the meetings with religious and then with schoolchildren in Twickenham, there was another event which seemed to pass by largely unnoticed by the public gaze. At the same time as the large event with 4000 schoolchildren and students at St Mary’s University College in Twickenham, there was a gathering of about 100 people from different faith traditions, also at St Mary’s.

At the beginning of his visit the Pope had expressly mentioned that he came to bring the ‘hand of friendship’, and it was appropriate in our multi-faith and multicultural context that we too gathered together in a spirit of honesty and friendship.

We began by having a round table discussion amongst ourselves, to consider issues surrounding the role of religion in wider society and the challenges we face. It was an opportunity to reflect on the diversity of faith engagement in the UK, and the areas of commonality as well as our differences.

There may have been much controversy surrounding Cardinal Kasper’s reference to the ‘aggressive atheism’ of the UK before the Pope’s visit, but there were traces of the Cardinal’s sentiment in many of the conversations that I heard. People from across faiths were concerned at the anti-faith and anti-religion contexts in which they increasingly found themselves living and working. There was also an awareness, particularly amongst the Christian, Jewish and Islamic experiences, of the need for moderate and progressive voices to be heard more loudly in each tradition. It was an interesting reflection that many people could have more productive dialogue with like-minded people of other faiths than the more hardline followers of their own religion – it just goes to show that the dividing lines are not always where you think they are!

The participants in the meeting weren’t just representing their faith – everyone in the room was active in civil society in some form: voluntary organisations, the military, education, social cohesion, tackling poverty whether at home or overseas, you name it. In many instances the conversation we had that morning was not the beginning, it was a continuation. It was a great illustration of faiths working together for the common good – not often an image one sees portrayed in the media.

The Pope then joined us to welcome and address the group, articulating his great respect for everyone and their beliefs. He called on all people of faith to continue to work to build bridges between faiths and talked of the need to ‘right past wrongs and forge relationships between communities’. He reminded us that there are specific challenges and opportunities here in the UK that faiths have faced and continue to face, and called on all of us to continue to work together for a world marked by peace and justice.

The Chief Rabbi also offered his greetings to the Pope. His eloquent words and voice lifted the room and he spoke straight to our hearts. Despite his tiredness, it was clear that the Pope was genuinely moved by the experience. Dr Sacks said, ‘in a land where once battles were fought in the name of faith, ...now we share friendship across faiths. That is a climate change worth celebrating.’ He talked about why faith is important in society, because of the values it brings and how it strengthens people to stand up for what is right. He ended: ‘And though our faiths are profoundly different, yet we recognize in one another the presence of faith itself, that habit of the heart that listens to the music beneath the noise’.

It was a quiet event, without too much pomp and ceremony. It was, for me, a deeply moving day, a chance to talk to people from across faiths with whom we share our common humanity, and our common desire for a better world.

Christine Allen is Director of Progressio.

Pope Benedict’s speech to representatives of other religions